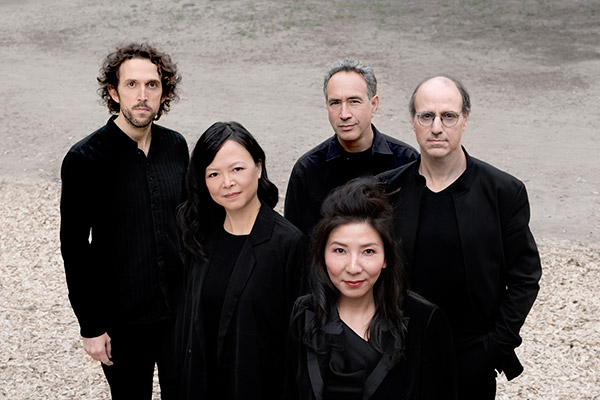 Founded in autumn 2008 by internationally-renowned soloists who for many years have championed the interpretation and promotion of contemporary music, Berlin PianoPercussion is an ensemble characterized by the individual and complementary personalities of its members. During the Festival of Centre Acanthes 2008 in Metz, France, pianists Prodromos Symeonidis and Ya-ou Xie gave a series of concerts with works for two pianists and two percussionists under the direction of Sylvio Gualda. Back in Berlin, having been convinced by the enormous possibilities of such a formation and fulfilled by the wish to promote and broaden the existing repertoire, they proceeded with the creation of Berlin PianoPercussion.

Since its founding, the ensemble has commissioned over fifty new works by renowned composers, like Hugues Dufourt, Tristan Murail, and Georg Katzer, and premiered over fifty as well. It has received funds from the Senate of Berlin, the Deutscher Musikrat, the Ernst von Siemens Music Foundation, the German-french Fund for Contemporary Music / Impuls Neue Musik, the Goethe-Institut, the Initiative Neue Musik Berlin e.V., the German Academic Exchange Service (DAAD) and the Pearl River Piano Group. Since 2010, it has a cooperation with the Konzerthaus Berlin, where it gives concerts regularly. Further performances took place in many famous concert halls, like the Philharmonie Berlin, the Philharmonie Essen, the Radialsystem V, and the Sendesaal Bremen. Abroad there have been amongst others one concert tour in the USA and two in China. Besides radio recordings, the ensemble has released four CDs under the label Telos Music. The double album with George Crumb's complete Makrokosmos was nominated in 2012 for the International Classical Music Awards (ICMA). From 2018 onwards, apart from appearing on stage, the ensemble gives regular masterclasses in Berlin and abroad.